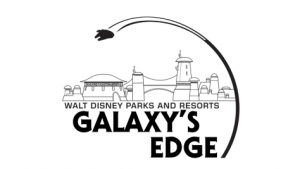 A long time ago in a galaxy not so far away, Disney Imagineers dreamed about bringing Star Wars to the parks.  This is now becoming a reality.  Star Wars, Galaxy’s Edge, will be opening in Disneyland and Walt Disney World in 2019.  The lands are set in a remote trading port on the edge of wild space.  You’ll find yourself in the middle of the action either piloting the Millennium Falcon or riding aboard the Star Destroyer.  And what would Star Wars be without a local cantina?  Here they’ll be serving up unique drink concoctions including blue milk!

If Star Wars, Galaxy’s Edge isn’t enough Star Wars fun for you, don’t worry because Disney is helping you live your own Star Wars adventure with a new themed resort.  It will be unlike anything you’ve ever seen! You will become part of the Star Wars story while becoming a citizen of the galaxy.  Every person will have their own unique Star Wars adventure.

Hollywood Studios will be the home to  Mickey and Minnie’s Runaway Railway where you will step through the movie screen and inside a Mickey Mouse cartoon. The attraction will have a new story 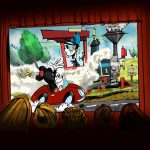 and a new catchy tune to sing along.  The Imagineers are calling this a new “2 1/2 D” no glasses required experience.  The best part is that there will be more hidden Mickey’s than any other attractions anywhere in the universe!  I can’t wait to start the search!  This will replace the current Great Movie Ride which closes this August. 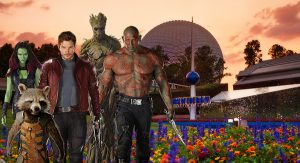 Next up:  EPCOT.  Are you an EPCOT junkie?  There are 2 new goodies in store for your enjoyment.  There will be a Ratatouille inspired attraction coming to France.  Plus, for all you Groot fans out there, construction will start soon for a Guardians of the Galaxy attraction.  This will take the place of Ellen’s Energy Adventure which will also be closing soon.  In addition to all that, there will be a new updated Green Mission at Mission: Space.  This new mission will take you soaring above the earth. Adjacent to this attraction you’ll also be able to dine above the earth at a new restaurant.  I would suggest riding Mission: Space BEFORE you eat, though!

2021 will be the 50th Anniversary of the Disney World Resort.  They are celebrating in a huge way! Part of the celebration will be the 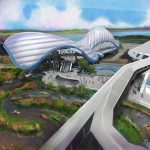 opening of the new attraction TRON! This is going to be similar to the highest rated attraction at Shanghai Disneyland.  Tron Lightcycle Power Run is a coaster style attraction where riders board a train of two wheeled Lightcycles for a thrilling adventure.  This new attraction will be situated near Space Mountain in the Magic Kingdom.

And lastly, but not least,  Walt Disney World has also unveiled 2 new modes of transportation.  The “Minnie”Van and the Disney Skyliner.  The Minnie Van will be able to transport folks from place to place on the ground.  The Skyliner, will be by air.  These gondolas will connect Disney’s Art of Animation, Pop Century, and Caribbean Beach resorts and other locations with Disney’s Hollywood Studios and the International Gateway at Epcot. 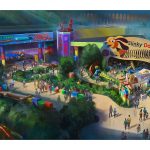 favorite Toy Story characters. The Slinky Dog Dash will be a dodge and dash family coasters that stretches Slink to his limits.  Alien Swirling Saucers is designed as a toy play set that Andy got at Pizza Planet.  Aliens are flying around trying to capture your rocket with “The Claw”.

Big news for the cruisers!  Disney Cruise Line has announced the launch of 3 new ships!  This will bring the fleet to 7!  With all of the advancement in large ships, I can’t imagine what Disney will create this time! 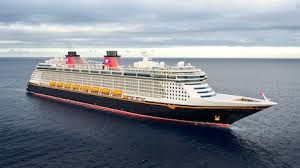 So, with all of this exciting news, I would suggest that you start filling those piggy banks and save for a Disney vacation!  Contact one of the helpful Travel Pixies at OLP Travel for travel tips and rates.