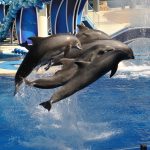 coming year, and family vacation opportunities expand!  Gone are the days that you wonder from pavilion to pavilion watching the lovable sea creatures.  Now you can hop on exciting and thrilling rides that will turn your insides out! This will be the largest new attraction year in the company’s more than 50 year history.

Sea World in San Antonio will be getting  Wave Breaker:The Rescue Coaster. This attraction is inspired by the Emmy award winning program, Sea Rescue. This new coaster is the first of it’s kind in North America.  It combines the thrill of the sea, the rush of a coaster and the excitement of animal rescue.  You will race with  Sea World’s heroic animal care team as they help rescue animals in distress.  Riders will be riding jet skis as they are launched into this hear pounding adventure! Sounds like fun! I wonder if we will get wet?

San Antonio will also be host to Electric Ocean.  A new, end of day spectacle will take place next summer, offering fun after dark. The ocean will come alive with lights, music and energy!  It’s always nice to have an exciting way to cap off a great day!

Sea World Orlando will be home to Kraken Virtual Reality. This will be the first digitally enhanced ride for the park.  The legendary Kraken coaster will be transformed into a virtual reality coaster.  Riders  will have to option to don headsets, attached to the seat, 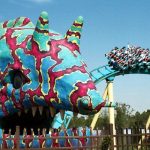 that will cover the eyes and ears.  The music will be specially composed for the ride as they embark on a deep sea mission.  This total immersive ride  is not for the faint at heart.

Also, new in Orlando,  will be improvements to the Dolphin Nursery. The existing nursery will become more interactive giving you the chance to see the mothers and baby dolphins up close.   The new windows will include multiple levels to allow children to get a face to face view of the calves.  You 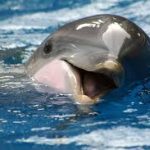 will also have a better view of the veterinary facilities.

In San Diego, they will be welcoming 2 new attractions.  The first is called Ocean Explorer, a 3 acre area combining several aquariums, rides and digital technologies.  The area is made to engage the guests in exploration and adventure that will promote protecting the wonders of the oceans.  Young explorers will be able to crawl through a dome that pops up into a giant Pacific octopus area, and the Japanese spider crab  which is 9 feet wide from claw to claw!  They will also see moray eels, pinecone fish and spinefish. There will be an awesome interactive submarine ride where you travel undersea and become researchers on a 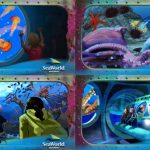 mission to collect data.  Some other great attractions include jellies-themed swings, a shot and drop ride and a play area.

The second new feature is the Orca Encounter.  The Orca shows, at this park, will be ending this year.  The new encounter will have live documentaries on orca enrichment, exercise and health. This change is going to take place in San Deigo in 2017 and Orlando in 2018.  So, if you love to see Shamu jump high and perform tricks, be sure to take a trip to Orlando sometime before 2018.

Did you know that Busch Gardens and Sea World are family?  That’s right, they are owned by the same company.  The Busch Gardens, in Tampa, will be adding The Wildlife Docs.  This will be a live version of the Emmy nominated weekly show, featuring live animals, videos, and 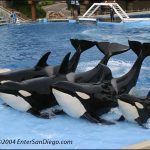 live performers.  It will be held in the Stanleyville Theater and  directed by a Broadway director and choreographer.  This sounds like a must see for animal lovers!

The park in Williamsburg will unveil InvadR!  That even sounds frightening!  A great battle will ensue in the trappers’ village of New France and the Vikings, who invade, forcing the trappers to defend their village.  You and your crew will take the 74 ft. plunge at 48 mph making  it a force to be conquered!

Looking toward the holidays, all parks will be introducing Rudolph the 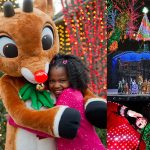 Red Nose & Friends this season.  The big snuggly fellow will be joined by Clarice, Bumble and Yukon Cornelius making their debut as part of the Christmas Celebration.  There will be several experiences for families to enjoy the Christmas spirit even more!

Wow!  There are a lot of new experiences at the parks!  If you want to get more information about these adventures, be sure to contact one of the delightful Travel Pixies at Our Laughing Pl

ace Travel.  We are always excited to help families experience the best family vacation!  We add a little pixie dust to every reservation.