On April 10, 2014, people from around the world will unite in a singalong to commemorate the 50th anniversary of “It’s A Small World,”  the Walt Disney classic attraction that opened at the 1964 New York World’s Fair. END_OF_DOCUMENT_TOKEN_TO_BE_REPLACED

Disney news usually has a touch of history to it.  It might be about history being made.  It might be about history being celebrated.  This week I am looking at Disney’s historical touches.  Let’s start with a dedication that took place on March 31, 1958 in Disneyland.  A new route was dedicated on the Disneyland Railroad.  The Disneyland railroad Engine No. 3 was also dedicated on that day.  The new engine was named the Sante Fe.  The new route on the Disneyland Railroad was the Grand Canyon Diorama.  The Grand Canyon route was the longest diorama in the world.  It measured 306 feet long.  The dedication ceremony had Walt Disney’s personal touch.  Walt had a ceremony with members of the local Hopi Indian Tribe.  Chief Negangnewa performed a special blessings.  This photo is my favorite Walt Disney photo.  It shows Walt’s pure delight as he chats with the young boy after the ceremony.  In 1958 Walt was making history and celebrating history.  END_OF_DOCUMENT_TOKEN_TO_BE_REPLACED 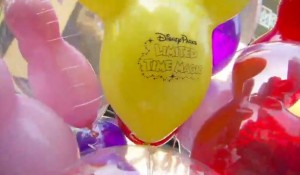 Disney is celebrating the New Year of 2013!  They are offering Limited Time Magic in Disneyland and Walt Disney World!  This will add special magic to vacations.  Some of the magic will be announced.  There will be magical happenings that will surprise guests, too!  Disney is sprinkling extra pixie dust on your vacation in 2013.  When does the magic start?   It already started!!  Disney kicked this special off on December 30, 2012! END_OF_DOCUMENT_TOKEN_TO_BE_REPLACED 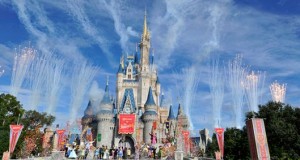 Walt Disney World has been a busy place this week.  The new Fantasyland opened on December 6, 2012.  Fantasyland has been the focus of lots of Disney news.  We have all waited a couple of years to see what Disney would create.  Was it worth the wait?  The pomp and circumstance at the opening says it was worth the wait!  The grand ceremony took place in front of Cinderella’s Castle.  Ginnifer Goodwin from ABC’s “Once Upon a Time” was there.   American Idol’s Jordin Sparks was also there.  Mickey Mouse was the master of ceremony.   He led guests into the new Fantasyland. END_OF_DOCUMENT_TOKEN_TO_BE_REPLACED