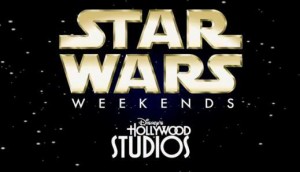 Personally, I’m not a Star Wars fan, but I do live with few die hard fans. Oh goodness, they watch the Star Wars movies over and over!  I know there has to be a lot of fans out there in the Disney galaxy as well.  So, grab a calendar and write down these dates. This year’s force-filled fun will take place every Friday, Saturday, and Sunday from May 17 – June 9, 2013 at Disney’s Hollywood Studios. The good news is Disney is offering a discount for resort packages during these dates.  Disney is offering discounts of up to 30% at select Disney resorts in Walt Disney World. This offer is available for stays between February 18 and March 23, 2013.  It is also available between April 2 and June 14, 2013.

While details are still being worked out, Disney is excited to announce that James Arnold Taylor and Ashley Eckstein are returning as celebrity hosts for the annual special event. END_OF_DOCUMENT_TOKEN_TO_BE_REPLACED 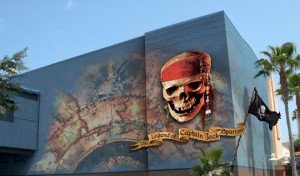 Captain Jack Sparrow has commandeered Sound Stage 4 at Disney’s Hollywood Studios.   A Pirates of the Caribbean themed attraction is opening soon at that location.  The Legend of Captain Jack Sparrow will be an amazing walk through attraction.  The Disney Parks Blog announced the news about this new attraction in May of 2012.  Captain Jack’s attraction replaces Journey Into Narnia: Prince Caspian.  Pirates will be appearing for dress rehearsals in late November.   The official opening date is December 6, 2012.  This is a big day in Walt Disney World!  The new Fantasyland also opens on that day.  Disney will be celebrating throughout the Disney World Resort! END_OF_DOCUMENT_TOKEN_TO_BE_REPLACED

I admit that I truly am a Disney rumors junkie.  I love to read about all the Disney rumors that are in the news.  Disney rumors are never to be trusted.  They are fun to talk about, though.  Disney Hollywood Studios is in the forefront of the Disney rumor mill.  Disney purchased Lucas Films this week.  There are lots of rumors that this means a Star Wars Land will be built.  This new land would be built in Disney Hollywood Studios.  It would replace the Lights, Motors, Action! Extreme Stunt Show and the Backlot Stage Tour.  This new rumor would cancel out several other Disney rumors about  a Cars Land being built. END_OF_DOCUMENT_TOKEN_TO_BE_REPLACED 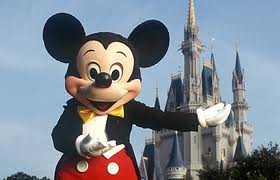 When the Magic Kingdom opened in 1971, Walt Disney World became the culmination of its namesake’s dream – a place where families could play together, learn together and embrace the future. Back then, the “World” was only a small fraction of what we enjoy today. Now, the Magic Kingdom Park, the Contemporary and Polynesian resort hotels have been joined by Epcot, Hollywood Studios, the Animal Kingdom park and enough resorts to suit every taste and budget. Walt Disney World Resort is a veritable World unto itself covering some 43-square miles. And, around every corner, there is a learning opportunity!

END_OF_DOCUMENT_TOKEN_TO_BE_REPLACED

When you’re ready to pop the question to someone special or maybe drop some hints for someone to pop the question TO you, Disney’s got you covered. Here are 10 places in Walt Disney World Resort that I find to be romantic venues for a marriage proposal or even to simply capture a romantic moment in your busy life with your better half. END_OF_DOCUMENT_TOKEN_TO_BE_REPLACED 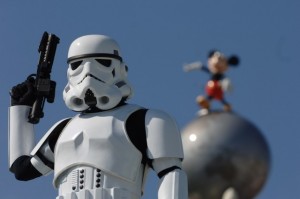 Star Wars Weekends!  This annual event in Walt Disney World  takes place at Hollywood Studios and is something Star Wars fans really get excited about.  Disney does it up, and there are always some great stars lined up for each weekend.  The events are themed after the Star Wars Saga and the animated television series; Star Wars: The Clone Wars.

Every weekend, Friday, Saturday and Sunday from May 18-June 10, 2012, you will have the opportunity to join with celebrities for special shows, meet and greets, presentations and so much more!

END_OF_DOCUMENT_TOKEN_TO_BE_REPLACED

Recently, we visited Disney’s Hollywood Studios and rode the newly refurbished attraction, Star Tours.  Using the Fastpass system made it almost a walk-on attraction for us — except for that we wanted to stop and often to ooh and ahh over the new additions to the queue.  Disney imagineers are so creative!  The attraction, itself, is 3-D now (a big WOW all on its own), and new footage from more recent movies is included as well.

Long story short, the Star Tours Walt Disney World attraction is the proof in the pudding that the Disney brand continues to reach further and higher in the world of imagination and fun.  I know in the title I said Star Tours rocks my world, but perhaps it would be more accurate to claim Disney ROCKS my world; >)

I am already dreaming about my next adventure to different galaxies on Star Tours.