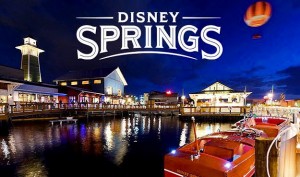 Downtown Disney has officially been renamed Disney Springs and upon it’s completion in 2016, will consist of several different neighborhoods, featuring more than 150 stores, restaurants and entertainment locations. The neighborhoods will be named The Town Center, The Landing, The West Side, and The Marketplace. Each neighborhood will have a distinct feel, with the current West Side and Marketplace basically retaining their current layouts. When fully completed, Disney Springs will be roughly double the size of the existing area, with more dining, more shopping and more entertainment options. There will even be more parking, with the construction of two new parking garages, making total vehicle capacity around 6000. Goodbye Downtown Disney. Hello Disney Springs! 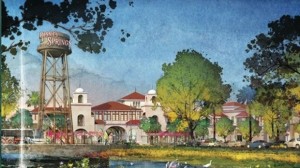 As Disney tradition goes, the area will have a back story reflecting turn-of-the-century Florida. The idea is that the town grew up around a spring. You will be able to see the evolution in the environment as the town has grown and changed. This spring is what will connect the neighborhoods along the waterfront. END_OF_DOCUMENT_TOKEN_TO_BE_REPLACED 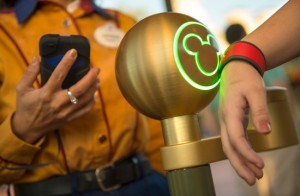 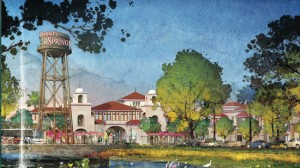 Everyone has been waiting for Disney to do something with the Downtown Disney area in Walt Disney World.  The announcement came today!  Disney Springs is coming to Walt Disney World!  The remodeled shopping venue will be a celebration of the way Florida was at the turn of the century.  Small lakeside towns were the norm at that time.  Disney will have lots of surprises incorporated into Disney Springs.  They will use sights, sounds and aromas to create a timeless shopping experience.  This will be a completely new Downtown Disney for guests to enjoy.  Disney is creating a story around the 30 year old Downtown Disney.  The story will center around Disney Springs.  It starts at the Town Center which is pictured here. END_OF_DOCUMENT_TOKEN_TO_BE_REPLACED

Disney offers some great retail therapy!  From the parks, to resorts to DownTown Disney, it is a virtual shopaholic paradise. END_OF_DOCUMENT_TOKEN_TO_BE_REPLACED

What are you doing New Year’s Eve?  Will you be in Walt Disney World?  There will be lots of celebrating going on!  You don’t have to be in a Disney theme park to celebrate. 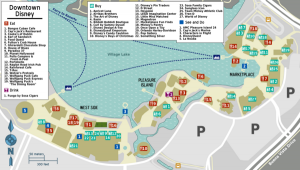 Downtown Disney in Walt Disney World will have lots of festivities planned.  Downtown Disney is always a fun place to visit.  I love how Disney spreads the fun around property.  It will be crowded, but festive.   There will be extra entertainment planned all around Downtown Disney.  You can expect live outdoor entertainment for the entire family.  Many locations have special events planed to celebrate.  The only thing you won’t see at midnight if you are downtown is fireworks. END_OF_DOCUMENT_TOKEN_TO_BE_REPLACED

Over the past few months, I’ve told you about all of the great tours that Disney World offers throughout the parks.  Now, I want to share with you, some special experiences that will add to your magic.

For a special treat, save that “vacation haircut” for the trip.  You can call ahead and reserve a trim at the Harmony Barbershop on Main Street in the Magic Kingdom.  Step back in time and have a seat in the comfy barber chair.  If you schedule the time just right, you may even catch some of the Share a Dream Come True parade from the shop.  Harmony Barber shop offers special “first haircut” packages.  It makes a great memory! END_OF_DOCUMENT_TOKEN_TO_BE_REPLACED 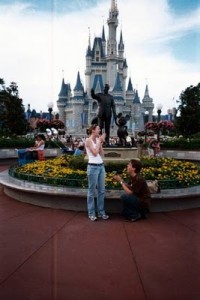 When you’re ready to pop the question to someone special or maybe drop some hints for someone to pop the question TO you, Disney’s got you covered. Here are 10 places in Walt Disney World Resort that I find to be romantic venues for a marriage proposal or even to simply capture a romantic moment in your busy life with your better half. END_OF_DOCUMENT_TOKEN_TO_BE_REPLACED 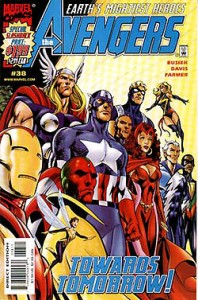 In 2009, the Walt Disney Company purchased Marvel Entertainment, thereby creating another whole level of entertainment possibilities for both Disney fans and comic book fans! Imagine, Disney Royalty meeting the Superhero Dream Team! Watch out villains and tough guys! The Walt Disney Empire is guarded by both Disney Magic and The Avengers!

We know all about Disney Magic…but, what do we know about the Avengers? END_OF_DOCUMENT_TOKEN_TO_BE_REPLACED

The “feast day of St. Patrick” has been observed in Ireland on March 17th for centuries. It really is a religious holiday to commemorate Saint Patrick. But, through the years it has become a secular celebration of Irish culture in general. And, on March 17th, it is said, “Everyone is Irish on Saint Patrick’s day!”

This year, Walt Disney World guests will be able to celebrate the luck o’ the Irish in a big festive way! END_OF_DOCUMENT_TOKEN_TO_BE_REPLACED

We all have our traditio

ns when we visit the Walt Disney World Resort. My family arrives at our resort a day before we are going to enter a theme park. We begin with our traditional Ice Cream for Dinner night. For us that means heading to Downtown Disney Marketplace and Ghiradelli Soda Fountain. After all, we’re on vacation! At Walt Disney World!

And, then, bright and early the very next morning, we ALWAYS start our theme park touring in the MagicKingdom, working our way around the park clockwise. No strategy here, it’s just what we do! END_OF_DOCUMENT_TOKEN_TO_BE_REPLACED