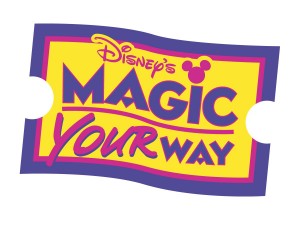 When you plan your Walt Disney World vacation lots of people will be ready to give you their best travel tips. Some of those tips might work for your family.  Some of those tips might not work.  Every family is unique. The Disney magic starts when you realize you can create your own special unique vacation.  The Disney Magic Your Way Vacation Package makes it easy.  If you use a specialized Disney vacation planner it will be even easier.  This type of travel agent has learned how to get to know each family.  We love to make each vacation unique and special.  Disney has given us great tools. They have fine tuned the Disney Magic Your Way Package details over the years.  Let’s take a look at what you can expect from this package. END_OF_DOCUMENT_TOKEN_TO_BE_REPLACED 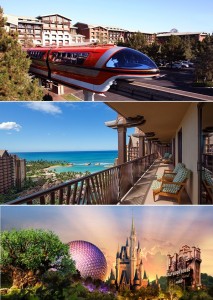 Disney is releasing 2014 vacation packages for three of their vacation destinations.  Disneyland, Aulani, a Disney Resort & Spa and  Walt Disney World will have package details released on July 10, 2013.  Guests will be able to book their 2014 vacations at that time.  The release of the packages seems to be getting smoother each year.  In years past if you wanted to get your vacation planning started early it was not as easy.  Disney would release room only rates first.  This would allow you to book a room only stay.  It would not allow you to book a package.  Lots of time was spent modifying room only  reservations after packages were released.  It could be one or two months before they came out some years.  There were also many guests who booked vacation resort rooms before rates were released.  The rates would not be guaranteed and would change once the actual rate came out.  This caused more time spent doing modifications.  Disney has made the planning a little easier.  They are getting smarter.  They found a way to streamline the increases by introducing them into the current year packages before the following years’ packages are released. END_OF_DOCUMENT_TOKEN_TO_BE_REPLACED

Disney offers some great retail therapy!  From the parks, to resorts to DownTown Disney, it is a virtual shopaholic paradise. END_OF_DOCUMENT_TOKEN_TO_BE_REPLACED