A sentence that I find myself saying, quite often, as a Travel Pixie, is “Universal Studios is not part of Disney.”  Universal

Studios is about 20 minutes away from Disney World.  It’s located closer to the Orlando International Airport.  And yes, it is NOT part of Disney.  Universal is it’s own unique and awesome vacation destination!

Last month, I shared information about the awesome resorts that are located on the Universal grounds.  Now, I want to share the two incredible parks.  Universal has two parts: the Studios and Islands of Adventure.

The first park they built  was Universal Studios, Orlando.  At this 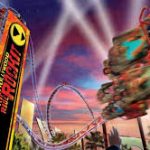 park, you are the star!  You will be right in the middle of your favorite movies and TV shows.  You may even get a chance to watch a real filming because this is truly a working studio.  Plus they have some awesome rides, too!

If you like the high speed action. you need to ride the Hollywood Rip Ride Rocket. You pick the song before you strap in for this 65 mph, 17 story high coaster.  At the end of the ride, you can make a music video of your ride and send it to your friends!

Love the Minions?  If you don’t, you will after you pass the Minion 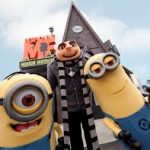 training and hop on board the 3D Despicable Me ride.  After the twists and turns of the ride, you can try a twist of a different kind at the dance party!

One of the biggest attractions is the Wizarding World of Harry 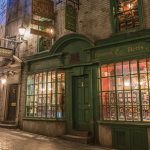 Potter-Diagon Alley.  Here you can visit the shops from the movie and experience the magic from Knockturn Alley.  If you visit Olivanders wand shop, you can watch a wand pick a wizard.  Take a walk down the street to the huge fire breathing dragon.  This is where you will find Escape From Gingotts.  Enter the goblin run bank and start your adventure! Be sure to exchange your money with one of the “tellers”.  While traveling though the depths of the bank, you will be greeted by some familiar faces, both friendly and not so friendly.

When your belly start to rumblin’,  there are several yummy choices. 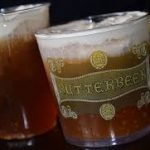 The Leaky Cauldron is a wonderful, British pub.  They serve cottage pie and the famous frothy butterbeer.

You now can ride the Hogwart’s Express from Platform 9 3/4 at King’s Cross Station and exit at Hogsmead, in Islands of Adventure.  As you wind your way through the British countryside, keep your eyes fixed out the window.  You never know who or what you might see! The most important thing to remember is that you MUST have a park to park pass to ride the train.  Those with a single park ticket may NOT board.

Now that you are in Hogsmeade, be sure to drop by the castle and 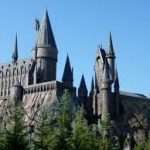 make your way through the classrooms and corridors that are so familiar from the movies.  Jump on board with Harry on the Forbidden Journey and sour high above the castle. This unforgettable, thrilling adventure won best new attraction in 2010 and Best Dark Ride in 2011!

If you are searching for some great Harry Potter memorabilia, you won’t 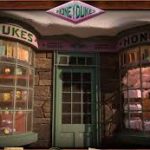 want to miss any of the great shops! Want to try an Every-Flavour Bean or maybe a Chocolate Frog?  Hop on over to Honeydukes.  Looking for a wand?  Stroll into the dusty old Ollivanders.  Watch the magic when a wand picks a wizard.  You can now purchase interactive wands that makes the magic unfold throughout both Harry Potter lands.

Feeling brave?  There are several chances to prove yourself in Islands of Adventure.  Jur 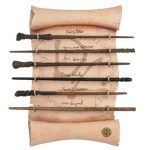 rasic Park River ride will put you face to face with  dinosaurs of all kinds.  Just as you start to enjoy the ride, your boat is bumped off course and you end up with the Raptors.  Hopefully,  you  will escape, and

continue your journey to the 85 foot plunge.  Now it’s time for the high speed, plunging, turning, looping Incredible Hulk!  While you are in the Super Hero mood, put on your 3D glasses and swing through the streets with none other than Spidy himself in the Amazing Adventures of Spider Man. 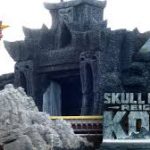 Whatever you do, don’t miss the newest attraction, Skull Island: Reign of Kong! This adventure will put you in the middle of the 1930’s expedition that ends in a clash between prehistoric creatures and fierce beasts.  Will Kong be a friend or foe?

Of course, there are several milder rides and shows in both parks.  Little ones will love the Jurassic Play area including,  ‘If I Ran the Zoo’ and ;Suess Landing’.

Now I get to share with you the new Universal Adventure that will begin June of 2017.  Volcano Bay, a water park that replaces Wet & 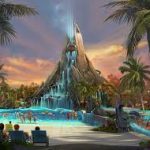 Wild, will be located behind Cabana Bay Resort.  It will take you on a journey to the edge of the world in search of a magical land.  There will be 4 distinct areas, all offering different adventures.  This 28 tropical acre park will introduce a no wait line system.

As you can see, with the two current parks taking up over 43 acres there are so many fun and exciting things to ride, see and do in Universal’s parks.  I suggest talking to a Travel Pixie at Our Laughing Place Travel, so you don’t miss a thing.  Be sure to ask how you can get early admission and skip the lines and even include meals!