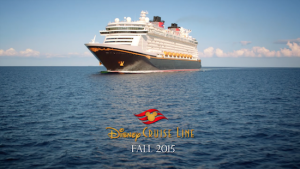 We’re thrilled to share exciting news with you! In fall 2015, Disney Cruise Line is returning to popular destinations and home ports for limited-time engagements. Two Hawai’i cruises, a return to the West Coast with departures from San Diego and a Galveston homecoming make up a season of special sailings.Hawaii is back on the schedule at Disney Cruise Line. Explore the Hawaiian Islands with two special 10-night cruises in September 2015. The Disney Wonder will sail through the breathtaking beauty of the Hawaiian Islands, where you can experience the famous beaches of Waikiki on Oahu, see the views from high atop the summit of Haleakala Crater on Maui, take in the lush tropical gardens and waterfalls of Kauai and, on Hawaii Island — the Big Island, explore the natural wonders of the world’s most active volcano.

Disney Cruise Line has only offered two sailings to Hawaii in its 15-year history, both in 2012. They also took place on the Disney Wonder.

Disney Cruise Line will return to the West Coast in October 2015 for one month, offering six cruises from San Diego also aboard the Disney Wonder. Ports of call include Cabo San Lucas, known for its white sand beaches, and Ensenada, Mexico. If you are looking for a perfect weekend retreat, there is also a relaxing two-night Getaway Cruise.

These escapes are the perfect way to put your toes in the water if you’ve never cruised before, or get an instant recharge with a carefree getaway. Legendary Disney service, entertainment, recreation and dining make this a vacation to remember!

The Disney Wonder will also sail a series of seven-night cruises from Galveston to the Bahamas in November and December 2015. Starting in early November 2015, the Disney Wonder will have a limited-time Galveston homecoming for the holiday season. A 7-Night Bahamian Cruise offers a vacation to remember with a stop in beautiful Key West, a day in historic Nassau and a visit to Disney’s private island, Castaway Cay. Get an instant tropical recharge and discover a world of sand, surf and sun. Plus enjoy all the ship has to offer with three relaxing days at sea. 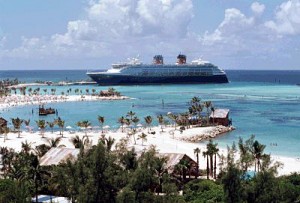 This 6-Night Bahamian Cruise offers a stop in beautiful Key West and a visit to Disney’s private paradise, Castaway Cay, where island wonders will tempt you to explore.

And for the final addition, Disney Cruise Line will sail from Port Canaveral and Miami, Florida to The Bahamas and Caribbean on a variety of itineraries. All of these cruises will include a stop at Disney’s private island, Castaway Cay.

Port Canaveral and Miami to The Bahamas and Caribbean

Sail from Port Canaveral and Miami to The Bahamas and Caribbean on a variety of itineraries. All 3-, 4-, 5- and 7-night cruises include a stop at Disney’s private island, Castaway Cay.

Looks like the fall of 2015 is going to be filled with magical fun for everyone!