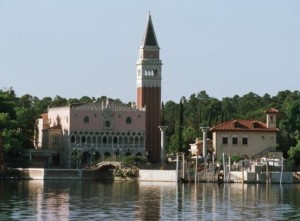 At EPCOT, you can visit the World Showcase and visit 16 different countries around the world.  Canada, United Kingdom, France, Morocco, Japan, the United States, Italy, Germany, China, Norway and Mexico.  During the Wine and Food Festival, September 27, 2013 – November 11, 2013, there will be even more countries for you to visit as you stop by to sample their specialty foods.

At the Animal Kingdom Lodge you can visit Africa.  “Come celebrate Africa!” is the motto of the Jambo House at Animal Kingdom Lodge and, indeed, from moment one enters the driveway up to the resort the “feel” of an African landscape prevails in touches like lighting made to look like small fire pits and an ambience of an African plain.  In pure Disney style, the resort takes elements of African life and weaves them together in a colorful montage that is both lyrical and metaphorical in its ambiance.  From the “thatched” round roofs to the herds of wild animals cavorting across the balcony edges, the Jambo House at Animal Kingdom Lodge sweeps the imagination into another culture of the World.

Coronado Springs will take you to Mexico.  Relive the romance of Spanish-colonial Mexico as you follow in the footsteps of explorer Don Francisco de Coronado at this Resort hotel. Find your own mythical city of gold in a Southwestern-themed haven of brightly colored Casitas, rustic Ranchos and beachfront Cabanas encircling a glimmering 22-acre lake.

At the Walt Disney Resorts you can visit areas of the United States of America. 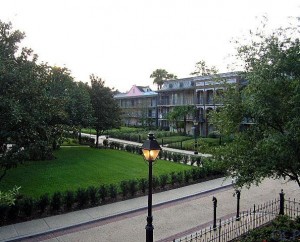 The Boardwalk Inn will take you to the east coast.   If you want to experience the hustle and bustle of a turn of the century Boardwalk, this resort is for you. 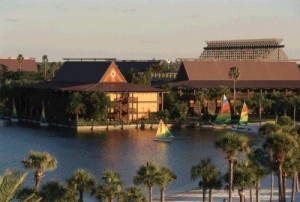 The Polynesian will take you to the islands of Hawaii.  With the palm trees, lush gardens and waterfalls.  Upon check in you even get the traditional Hawaiian Leis.

Old Key West will take you to Florida’s own Key West.  Themed in the soft pastels and meandering pathways reminiscent of southern Florida living at the turn of the century, Old Key West creates a sense of community in the ‘village’ layout of the buildings.

So, come and be a world traveler Disney-style at the Walt Disney World Resort!