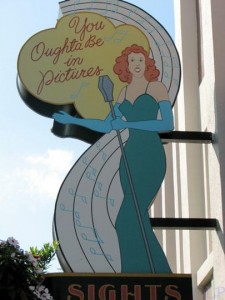 Disney has been busy sprucing up their parks over that last several years.  Disneyland saw some changes.  California Adventure was completely made over!  Magic Kingdom in Disney World has the new Fantasyland.

There have been rumors flying around that Hollywood Studios was in line for a makeover.  One of the rumors had Disney building a Cars Land there.  Another rumor was concerning a Star Wars Land.  Those rumors are still rumors.  Disney has not made a formal announcement yet about this.  That being said, there is some substance to the rumors now.   For instance, do you recognize the name George Kalogridis?  He was the President of the Disneyland Resort during the California Adventure makeover.  Mr. Kalogridis has been reassigned to Walt Disney World.  It is thought that he will head up the next round of Disney theme park makeovers. 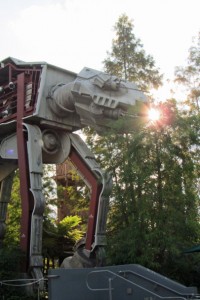 The most exciting rumor for Star Wars fans might be coming true!  Disney may have green lighted an expansion that would add a Star Wars Land to Hollywood Studios!  This would fit in so nicely there.  Star Wars Weekends are very popular and a Star  Wars Land would be a perfect fit.  I am sure the Star Tours attraction would stay right where it is.  Star Wars Land would be built around it.  This is going to be somewhat controversial, I think  There is talk that Muppet Theater and Honey, I Shrunk the Kids Play Area would be removed for Star Wars Land.  I am not sure how I feel about that.  My Muppets are  favorite attraction at Hollywood Studios.  The other option takes it through the Indiana Jones Stunt Show Theater.  That theater is used for various events at different times of the year.  Has Muppets seen it’s day?  We will see what Disney comes up with.