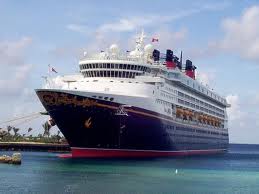 As the saying goes, “Everything is bigger in Texas!” If that’s true, I can’t wait to see the excitement of the Lone Star State when the Disney Magic arrives in Galveston in September. Back in March of 2012 I told you all about the itinerary for cruises departing from the Port of Galveston. You can read about them here.

Captain Mickey already received a Texas-sized welcome when he visited to get ready for the ship’s arrival. Remember all the excitement when the Disney Magic sailed into New York earlier this year? I’m expecting an even bigger greeting from Texans in September! And, can you imagine how the Disney Magic will show it’s love for Texas?! 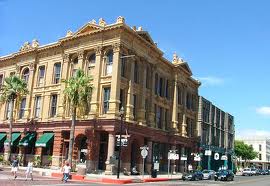 The Disney Magic is schedule to arrive at the Port of Galveston on Saturday, September 22nd, at 7am. The sailaway, for her first 7 night Western Caribbean cruise out of Galveston is scheduled for 5pm later that same day.

Galveston is one of the oldest ports on the gulf coast. The historic city of Galveston is located about 50 miles south of Houston, Texas. The city itself takes up almost the whole of Galveston Island. 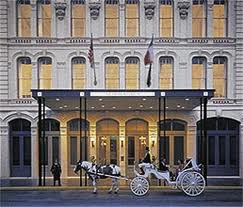 The Strand historical District in downtown Galveston boasts one of the largest selections of 19th-century buildings in the U.S. and attracts visitors the world over. The city’s sunny beaches, southern charm and sizzling nightlife bring tourists year round. Perched on the northwestern-most tip of the island, the city offers a temperate climate that’s perfect for all kinds of outdoor activities. The beautiful sandy beaches that stretch for over 30 miles along the coast host breathtaking sunsets, abundant fishing and playful waves for swimming and surfing.

If you are looking to add a stay on Galveston to your Disney Magic cruise, Disney Cruise line offers 3 pre- and post-night stays at 2 different hotels.

The Houston Airport Marriott hotel at George Bush Intercontinental provides a welcome retreat, offering a relaxing and refreshing environment after the rigors of travel. 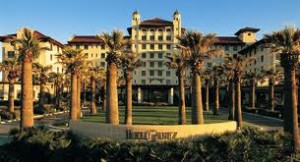 If you are looking to stay on the island, which I highly recommend, the historic Hotel Galvez is located in downtown Galveston and is only a short walk from the city’s finest shops, restaurants, galleries, theaters and cafes. The hotel was built in 1911 and after a multimillion dollar restoration, it still maintains so much of it’s original charm. Outside you’ll see a sweeping circular drive and plantings similar to those found in early 1900. Inside you’ll see lovely gold leaf topped columns, a mahogany ceiling and period stenciling. These details are part of what earned this hotel the name “Queen of the Gulf.” In fact, the Hotel Galvez is just steps away from the magnificent Gulf of Mexico beach. 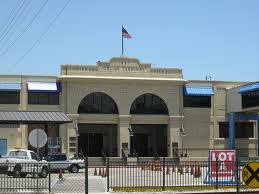 From the decks of the Disney Magic, right there at the Port of Galveston, passengers can easily see the charming Historic Downtown District just one block from the cruise ship terminals on Harborside Drive. The 36-block district offers more than 100 shops, restaurants and galleries housed in beautiful Victorian iron-front buildings. The area is also home to the Texas Seaport Museum, an 1877 Tall Ship ELISSA and the Ocean Star Oil Rig Museum. Don’t miss the Great Storm documentary film shown every hour at Pier 21 Theatre above Willie G’s restaurant. And, I would never go to Galveston without visiting the eclectic Shrimp & Stuff for a po’boy sandwich. Yumm! 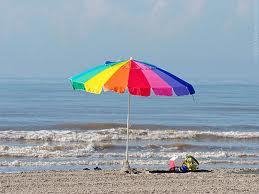 So, before or after your cruise, be sure to set sail for all the fun Galveston Island has to offer. From attractions to nightlife to world-class cuisine, you’ll find Galveston an unforgettable accompaniment to your Disney Cruise vacation.

And right now, for a limited time, you can get great rates on most 7 – night Western Caribbean cruises departing this fall! Right now, you can book a verandah stateroom (categories 5A – 7A) for the price of an oceanview stateroom (categories 9A – 9D) on most 7 – night Western Caribbean sailings departing from Galveston, Texas from Sept. 22 – Dec. 21, 2012.