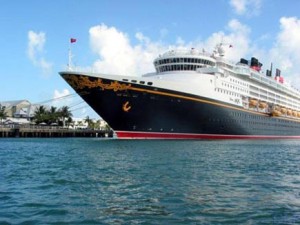 What better place to start your high seas Disney Cruise Line adventure than in the very town whose first known European settler was a pirate? The cultured and debonair privateer, Jean Lafitte established the colony of Campeche on Galveston Island in 1817. Lafitte was forced to leave (burning the town behind him), and Galveston as we know it today grew out of the ashes.

Disney Cruise Line has announced Galveston, Texas as one of their newest ports of departure for the Disney Magic to the Western Caribbean. The first cruise out of Galveston is set to sail on September 22, 2012 for a 7 Night Western Caribbean adventure. The itinerary includes stops on Grand Cayman, Costa Maya, and Cozumel, Mexico.

Grand Cayman Island is a relaxing stop, as well as one full of discoveries. You can hike through Queen Elizabeth II Botanic Park, a 65-acre woodland reserve, with mahogany trees, agave thickets, native palms and cacti. There are also such exotic animal species to be found as the Cayman blue iguana, the West Indian whistling duck and the majestic Cayman parrot.  You may want to send a postcard from a seaside village with the curious name of “Hell.” And, if shopping is your thing, you can shop ’til you drop on George Town’s fashionable Cardinal Avenue.

Costa Maya is a relatively new destination for tourists, so the area feels more authentic 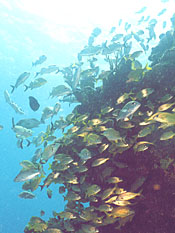 than many other cruise destinations. The timeless natural beauty is built around the small seaside village of nearby Mahahual, a haven for fisherman for thousands of years. Notwithstanding the restaurants, shops, pools and bars that can be found in the center of town, dusty dirt roads, thick green jungles and tranquil lagoons are still the norm in this part of Mexico, offering a restful retreat unlike any other. Guests wanting to get closer to nature should look no further than the underwater beauty of Banco Chinchorro, considered to be the largest reef in Mexico and the second largest in the world.

History lovers on the hunt for adventure will want to spend time at Costa Maya’s most famous landmark, the ruins at Chacchoben. Constructed in the 4th century by the Mayans, this ancient city includes magnificent stone structures and pyramids and was only recently opened to public.

For sun worshippers, Costa Maya’s beaches are as abundant as they are beautiful. The most popular is Uvero Beach, which features sprawling white sands, clear blue water and charming eateries and shops.

An island and a city off the eastern coast of Mexico’s Yucatan Peninsula, Cozumel is known for some of the world’s healthiest coral reefs and rarest natural recreation. This island in the Caribbean Sea is an extremely popular destination for scuba-diving and snorkeling enthusiasts. This island paradise provides wonders and pleasures galore for visitors of all ages. Though a vast array of recreation options can be found all over the island, scuba diving remains the main attraction for visitors who flock to take advantage of the island’s natural geography. Cozumel encloses and protects 20 miles of coral reef and all of its sea life. The Cozumel Reefs National Marine Park was established by the government in 1996 to further protect the health of the precious reefs, and is a great place for families to spend an afternoon.

Tourists who choose to partake of activities further from the beach and the lagoons have a world of dining adventures and sightseeing excursions to select from. The small island boasts over 100 restaurants and numerous sites of archaeological importance—the ruins of a Mayan civilization dating back to before 1000 AD. 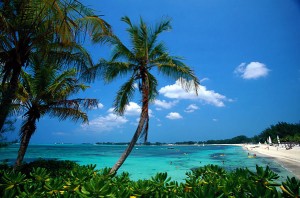 Key West, Florida is famous for being the residence and occasional inspiration for notable writers Ernest Hemingway and Tennessee Williams while boasting some of the most fetching old American architecture. Early settlers farmed key limes while later inhabitants salvaged cargo sunk on nearby reefs.

Lovers of the outdoors will find gorgeous golden-sand beaches, a Botanical Forest & Garden and Butterfly & Nature Conservatory. Enjoy a vast array of water sports-from snorkeling to parasailing-just as easily as a fresh-air hike. Apart from its natural wonders, Key West offers a host of theaters and a thriving artist community at the Studios of Key West.

You’ll surely want to spend some time exploring Galveston, Texas while you are there. The Historic Strand shopping district is literally a short walk from the ships dock. From Galveston’s soft sandy beaches to it’s famous 19th century architecture, you can experience a taste of Texas history like none other in a Victorian setting. Galveston Island is Texas’ top historic resort destination, offering 32 miles of beaches, fine hotel accommodations, superb restaurants, shopping, art galleries, a championship golf course and more.

Galveston Island is the “Little Island That Could.” Having survived the Great Storm of 1900, and Hurricane Ike in 2008, Galveston has picked herself up by the bootstraps in true Texas style and continues her journey of recovery and rediscovery as a bit of Disney Magic calls Galveston Island “home.”