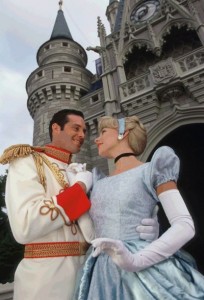 Disney World – where the magic is real

I have a lot of people ask me what the BEST age would be for a family vacation to Walt Disney World. I thought it would be fun to share the highlights of my family’s vacations.

We started our first family trip when my twin boys were 2 years old. Most people thought that we had lost our minds! It actually ended up being a fun filled trip! (On this trip, as well as all to follow, we were accompanied by my parents.) The most important thing was to keep the kids happy and their bellies full. That was an easy task. With all of the character dining, we accomplished both, at the same time. Their favorite place to dine was Crystal Palace with Pooh and friends in the Magic Kingdom. The loved Eyeore and Piglet visiting the table. There was constant movement and noise to keep their attention. The SpectroMagic parade was another favorite. From their strollers, they loved watching the lights coming down Main Street. That year, Disney featured a special stage show with all of the afternoon cartoon characters. Needless to say, we spent a lot of time at that show.

We rode Dumbo, It’s a Small World and Peter Pan about a hundred times! As you would imagine, the Magic Kingdom is where we spend a majority of our time. We came home with almost every character sold in the parks and DownTown Disney Market Place.

Our next few trips were during their grade school years. They still loved the character meals, but this time we expanded our horizons. They decided that their favorite was now Chef Mickey’s in the Contemporary Resort. They were out of the strollers and running from one attraction to another. During these years, our money was spent on play sets and figures. The pool at Port Orleans Riverside, which was at that time Dixie Landings, played a huge part in our vacation. The water slide was a huge hit!

The boys’ taste in rides changed dramatically. They headed toward the more daring rides like Space Mountain, Thunder Mountain and Splash Mountain. We started venturing over to the other parks. Epcot seemed to play a big part in our schedule during the elementary years. We headed to Innoventions and seemed to never leave! They loved the interactive attractions. The restaurant of choice during these years was Sci Fi Dine In Theater.

In 1999, we were chosen to be the Grand Marshall of the Magic Kingdom parade. What an honor!!! We were led to the backstage area and we were featured in the parade. We got to ride a shiny, antique firetruck. This was a special trip because it was our final time to travel with my father who passed away the next year.

As my boys turned to teenagers, I thought that our Disney days were over. To my surprise, they asked if we could return, once again. Of course, I was all for it! This time, everything was different. We ate at the fine dining restaurants. Their tastes had matured and Narcoossee’s (Grand Floridian) and Le Cellier (Epcot’s Canada Pavilion) had become favorites. We spent hours in each of the World Showcase pavilions, studying the artwork and building structures. They even tried out the German that they had been learning in high school at Germany in Epcot. Disney Quest was also a favorite. They loved playing the games, both virtual reality and the “oldies” that their dad and I used to play. When we offered to by souvineers, they headed straight for the magic shop, Magic Master, in Disney’s West Side.

I think the best part of our “teen” trips is that they are now old enough to stay in the parks witout our supervision. The buses assure them a safe way to the home resort. My husband and I can relax by the pool or take a closer look at the other resorts.

So, when someone asks me the best age to visit Disney World, I have to honestly say, “every age”.